Before I get into events and happenings, I hope you’re all washing your hands – 20 seconds plus okay? deal.

So, I’ve been a thinking about this poem recently. It’s by the poet, legend and genius Wendell Berry. It goes:

clock, I start over

so much time has

passed, and is equaled

And with that, happy daylight-saving time change thing!

A lot of time has passed since we’ve been here its crazy to think we have only a couple weeks left too. Each month has had its own pace – January was a long year, February was training for the Olympics and March right now – feels like it’s just drifting through. It feels still but sometimes it’s kind of hard to get a pulse when you’re still living it.

So why am I talking about time so much? I really don’t know haha my thoughts are scrambled but let me try and make sense.

The last couple days, my friend Emma visited the city for spring break. She lives in the ‘burbs so I got to escape the random city smells and tall buildings for a bit to hang. It was kind of the best. With no plans, we hung out in the city for a bit, going from one place to another and just doing whatever felt right in the moment. In no particular order, we went to my favorite record store in the city cause that’s essential, got food at The Italian Village, went to Millennium park although I have bean avoiding the more touristy parts of the city (ba dum tss)- worth it though, wrote poems at a Starbucks, rode the Metra train for the first time to get to the burbs which was pretty cool, and then rode it a couple of times after that. 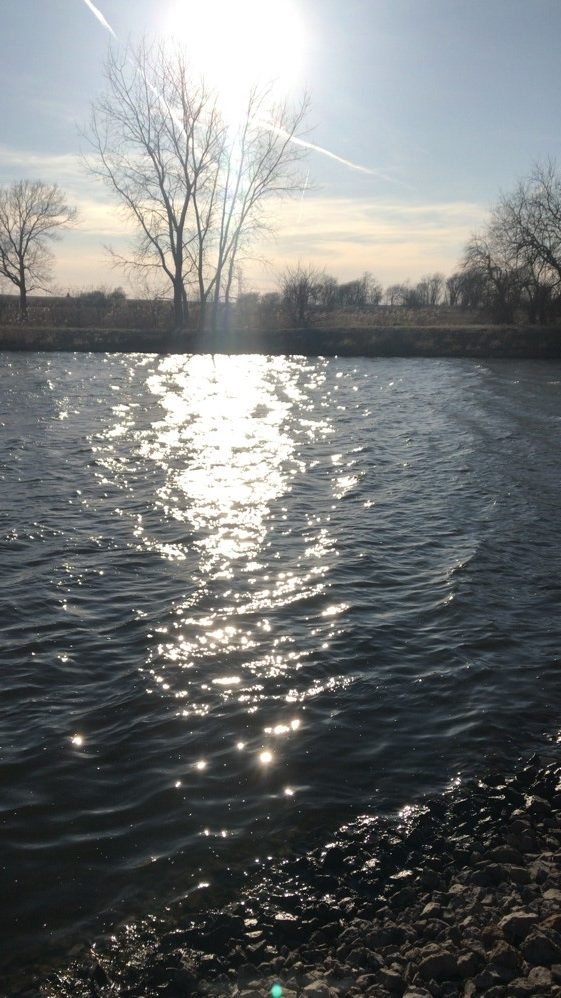 The suburbs are a notable shift from the city. The first thing I noticed was finally being to see stars in the sky which was refreshing. The sun came out this week in all its glory and it made for a great weekend. One of the things my friend and I did was walk down a trail by a canal. We just chilled in nature and talked for a while – the simplest thing ever.

I didn’t mention it before, but to give a better understanding of the point I’m trying to make, the title of the poem I mentioned before is Be Still in Haste. I think what has given this poem depth for me this past week is the reverence and attention for time and routine it brings to life. And it makes sense even more because we just went through a shift in time recently too.

I think mostly for me, the last couple days gave me a strong sense of time and “presentness”. After a crazy couple days prior, I got to slow my pace this weekend and then on Monday, I quietly began again – into my routine. I don’t think I realized I really had a set-in routine until I stepped out and then back into it. It makes it feel somewhat new in a way. Although routines can be comforting, they have the tendency to bubble you in sometimes and lose meaning. But finding little escapes, stepping out of them for a hot sec, welcoming the passage of time, helps you go from moment to moment like it’s the first because even though:

so much time has

passed, and is equaled

Hopefully that made some sense. This time around I didn’t really want to talk about any distinct adventures or events around the city, I think you’ll hear or read those a lot, I just wanted to talk about the normal and present feelings that come with moving around the city, moment to moment, doing regular things – a convoluted way to say, stay present, wash your hands and don’t touch your face.